Recently I was asked how I recruited participants to take part in interviews for my PhD fieldwork. Having finished my PhD that examined the experiences of out-of-work parents last year, at first, my mind was a bit of a blur but then the process that I went through to recruit participants in both France and the UK came back to me. I thought it might be interesting for other people to find out more about the different approaches I used. None of these points are hard facts but I hope they provide useful tips for recruiting participants.

END_OF_DOCUMENT_TOKEN_TO_BE_REPLACED

Why I Will Always Have a Problem With Disability in Film: My Case Against ‘Me Before You’, by Mathy Selvakumaran

Posted on February 22, 2016 by sheffieldslcblog

Here at the SLC Blog, we’re big fans of Mathy’s blog on Medium. We asked if we could re-post one of her latest pieces on an upcoming film titled Me Before You, in which she voices her criticisms of its treatment of disability.

END_OF_DOCUMENT_TOKEN_TO_BE_REPLACED

Posted in Mathy Selvakumaran | Tagged Criticism, disability, Film, Hollywood, Me Before You, Sam Clafin, Switched at Birth | Leave a comment

Posted on December 8, 2015 by sheffieldslcblog

An article published by various Spanish news outlets (La Vanguardia, El País, El Diario) has recently (re)sparked the attention of my Spanish philologist friends, since it has popped up in my newsfeed for the third time this year. The article itself was originally published in early 2014, yet evidently is still being circulated and shared today. Given that most news tends to be forgotten shortly after publication, one must question why this particular article has survived expiration and continues to (re)generate interest within Spanish circles. No doubt, the article’s seemingly cyclical reapparition is due to its highly problematic and controversial content. The article addresses a Spanish primary school language and literature textbook targeted towards 6-year-old students, criticising the euphemistic representation of the circumstances which led to the unfortunate deaths of the Spanish poets Federico García Lorca and Antonio Machado.

END_OF_DOCUMENT_TOKEN_TO_BE_REPLACED

Is it the man on the moon – or maybe next-door?, by Nina Schmidt

Posted on November 12, 2015 by sheffieldslcblog

I have lived in the UK long enough to know that the release of the big retailers’ Christmas adverts is awaited with excitement in large amounts of the population. Those looking forward to the ads want that Christmassy feel. The most talked-about ads tend to be emotive, but ultimately send out a hopeful message. Ideally, they present a narrative to identify with – in this, they speak largely to a white, middle-class British audience. Their launch is a sure sign that Christmas (shopping) is upon us, and goes hand in hand with the big switch-ons taking place in shopping malls and town squares all around the country.

END_OF_DOCUMENT_TOKEN_TO_BE_REPLACED

Posted on October 15, 2015 by sheffieldslcblog

Spanish politicians do seem to enjoy a good reservoir. Or rather, they enjoy the ribbon-cutting ceremonies to announce the unveiling of a new infrastructure project.  Last Thursday prime minister Mariano Rajoy inaugurated a new reservoir in Huesca in the northeast of the country. In reality, the reservoir had already been working for three months. Such a tardy celebration is, in fact, nothing new. 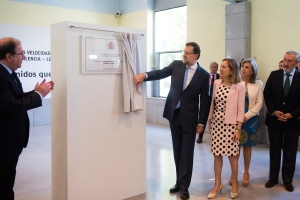 END_OF_DOCUMENT_TOKEN_TO_BE_REPLACED

Posted on October 9, 2015 by sheffieldslcblog

On 3rd October 1990, less than a year after the Berlin wall fell, the constitutional process of German reunification was completed. Today, the 3rd October is a national holiday to celebrate Germany’s unity and the progress that has been made joining together the economic, political and social dimensions of the two former countries who demarcated the iron curtain. To coincide with the celebrations this year, state-funded news platform Deutsche Welle have created an interactive, online dossier called Generation 25, telling the stories of German men and women born around the fall of the Berlin wall and German unification. I, too, was born just after reunification which made me think about the UK perception of Germany, and how my many years studying German has influenced my own perception of the country.

END_OF_DOCUMENT_TOKEN_TO_BE_REPLACED

Posted on October 1, 2015 by sheffieldslcblog

It’s no secret that I love coffee. What some of you may not know is that aside from being an aspiring linguist, I am also a fully-trained barista. So, in recognition of (Inter-)National Coffee Day, which was on Tuesday, here’s a blog post devoted to coffee vocabulary! 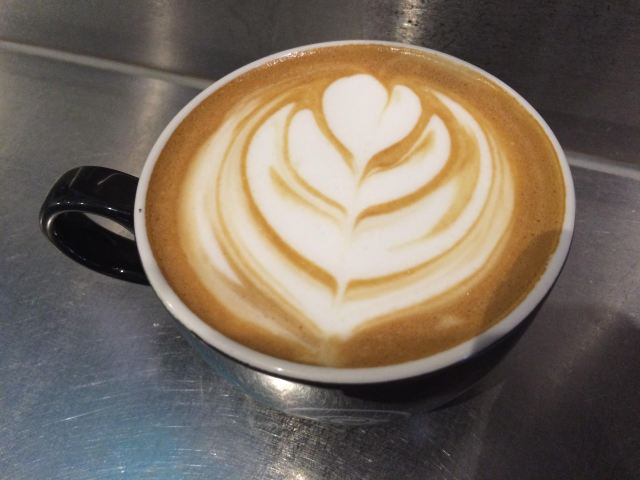 Latte Art by Josh Bengough-Smith (photo his own).