Posted on December 9, 2013 by sheffieldslcblog

Another scientific explanation that “confirms” that men are better at reading maps and women at multitasking… I had had enough of this a long time ago. In this case it was a study covered in the article ‘Male and female brains wired differently, scan reveals’ published by The Guardian. After reading it I was left with a mixture of rage and despair. 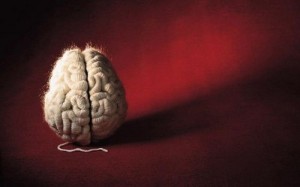 Everything looks so terribly familiar: in the never-ending and fruitless discussion on nature vs nurture another “scientific study” has scored a point for the ‘nature team’, by “confirming” gender stereotypes such as women’s social skills and memory abilities, and men’s perception and co-ordination through research into the brain’s wirings by scientists at the University of Pennsylvania conducted with people from 8 to 22.

There’s no doubt that journalists simplified the information, but in this case there is also a lack of critique. The research itself – or the way it has been presented – is terribly essentialist and tendentious, and shows the minimal or non-existent input from other areas of knowledge such as, for example, feminism, psychology, sociology and history.

I have been reading Anne Fausto-Sterling’s Sexing the Body very recently and there’s no better and more relevant example than this latest case in the news to discuss some of her ideas.

One of the aims of Sexing is to show the relationship between medical and scientific knowledge and the historical context of production, particularly the different ideas around gender that were in circulation in each case. She uses an array of examples to show the rich variety of bodies, taking into account different features, from genitals, hormones and brains, to sexualities, in an anti-essentialist way.

One of Fausto’s main ideas is that ‘Our conceptions of the nature of gender difference […] also shape and reflect our understanding of our physical bodies.’ [1] In order words, biological facts are interpreted within certain suppositions of gender difference. In this case, scientists base their opinions on a two-gender system loaded with cultural stereotypes and interpret the facts on those premises. Fausto-Sterling explains this very clearly: ‘scientists do not simply read nature to find truths to apply in the social world. Instead, they use truths taken from our social relationships to structure, read, and interpret the natural.’ [2]

I am not saying that there are not differences between brains. But what happened to the role of socialisation? Our bodies are not blank canvases, from the precise moment a baby (or foetus) is identified as a girl or boy we define a path for the individual. As Butler implies in Bodies that Matter: ‘These words [“It’s a girl/boy!”] do not merely describe the infant, but they constitute the subject in the act of naming it.’ [3] Differences are due to the gendered ways we have been brought up and socialized in an environment where female-male dichotomies are constantly marked, and not because of an intrinsic and “natural” basis.

The brain is well-known for its plasticity and so it seems ridiculous to not take into account the role of society in shaping the brain’s wirings. The article states that: “Male and female brains showed few differences in connectivity up to the age of 13, but became more differentiated in 14- to 17-year-olds.” This information is stated as if by magic things happen like that and nothing is explained or nuanced. What happens between 14- and 17-years-olds? It does look that experiences matter. And it’s not as if hormones existed in a biological vacuum, away from any influence of our actions, experiences and contexts.

The ideas in this study are not new and will probably not be the last. In fact, it is an idea that seems to periodically resurface.  The way in which this kind of information (such as, confirming stereotypes) is incessantly highlighted and presented undermines the enormous amount of research done on the construction of identities, and this process of undermining is facilitated because of the privileged status of the medical sciences in society.

If interdisciplinarity is the future, wouldn’t be nice if medical-scientific researchers had a good read of some feminist theory?